If you are interested in trying cannabidiol (CBD) oil, you have probably already run into the terms used to describe the oils. Specifically, you have probably seen the terms full spectrum, broad spectrum, and CBD isolate. At first, it may seem a little complicated to figure out which of these oils is the right one for you. But it is not as bad as it first seems. You just need the definitions behind each of these terms to be able to figure out the right kind of CBD oil for you. So, let’s talk about definitions.

The basics of CBD

First, we have to start with defining CBD, as that will help you understand the other definitions.

You have likely heard of the two main variations of the cannabis plant: marijuana and hemp. But have you heard of the compounds that make up these plants? They are called cannabinoids. They are incredibly varied, with over 113 that scientists have identified so far. One of these cannabinoids is CBD. The other cannabinoid that you have probably heard of, even if you did not know it was a cannabinoid, is tetrahydrocannabinol (THC). The effects of the different cannabinoids are about as diverse as the compounds themselves are—for example, the differences between CBD and THC. 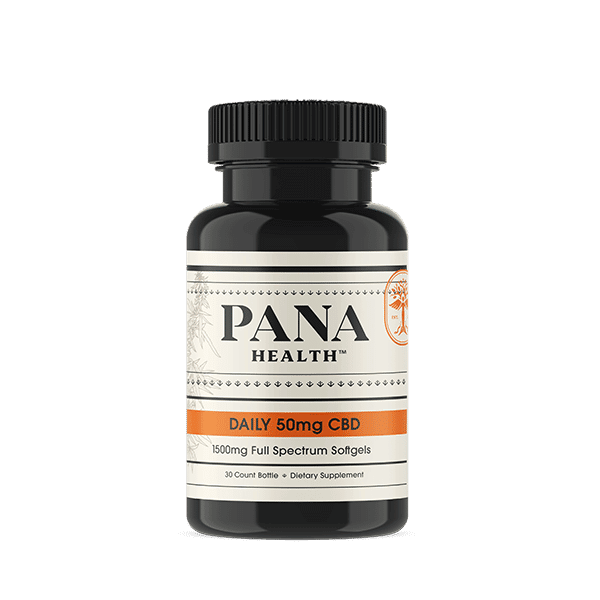 The main difference between CBD and THC is its effects on its users. THC is known for being psychoactive. That means that it creates a high effect that inebriates its users. CBD does not have this effect, despite being similar to THC. It does not create any inebriation or high when used.

When a CBD oil is made, hemp is used more often than marijuana. This is because hemp has very high levels of CBD and only 0.3% THC (which is definitely not enough to cause any inebriation or intoxication). Marijuana has varying levels of CBD and high levels of THC, which makes extracting CBD very difficult. Another reason for this choice of cannabis plant is because of legality. Hemp is federally legal in the United States, with restrictions in a handful of states. Marijuana, on the other hand, is still federally illegal, with a handful of states that have legalized it in one way or another. This is likely because of the THC levels of each of the cannabis variations.

There are many reasons why people use CBD oil. Many of these reasons are even backed by scientific studies. Some people take to help manage certain gastrointestinal issues. Others use it to help themselves achieve a greater sense of calm. There are even people who use CBD to help fight acne. These are just a few of the reasons why CBD is used. There are many others with many studies to help back these reasons up.

The different kinds of CBD oil

The terms full spectrum, broad-spectrum, and CBD isolate do not so much refer to the CBD oil as they do to the CBD extract that the oil is made out of. Every CBD product is made out of one of these kinds of extracts. However, CBD oil is one of the most popular and one of the simplest, as it is just the extract mixed with a carrier oil, like coconut oil. So, what do these titles even mean?

Full spectrum CBD extracts are the least processed out of all of the extracts. This is because when CBD is initially extracted from hemp, it is not alone. There are other compounds and cannabinoids that come with it. Full spectrum extract allows for all of these cannabinoids and compounds to stay. This includes the 0.3% of THC that is in hemp, but as mentioned above, it is not enough to cause a high.

Broad spectrum CBD extracts are pretty similar to full spectrum. But there is one key difference between them. While broad spectrum does have a majority of the compounds and cannabinoids found in hemp, it does not contain any THC. That cannabinoid is filtered out. The appeal of full and broad spectrums is that they may create a stronger effect.

After reading the above sections, this one may feel a little self-explanatory. CBD isolate just CBD, nothing else. This is a good option if you are looking for a slightly gentler CBD experience. The CBD in CBD isolate products is not boosted by other compounds or cannabinoids because there are none. Your CBD experience may not be as strong, but it may also be clearer.

Each of these kinds of CBD oil is readily available (as long as hemp is legal in your state), and so you should be able to find whichever one you chose from a good CBD manufacturer. You will also find that there are many other CBD products beside oil that you can buy. So, if the oil does not appeal to you, you will still be able to find your chosen form of CBD in whichever product you prefer.

There is one thing that is very important to remember about CBD oil, no matter what kind you choose: CBD does not always mix well with all medications. There are many medications that have no reaction with CBD, but there are also plenty that do not work as well, stop working entirely, or may have increased levels in the body when they are used with CBD. So, it is important to talk to your healthcare provider before you start using CBD, especially if you take medication.

So, how do you decide which oil is right for you? Well, if you have not been able to decide just from the information provided above, then we would recommend just giving some a try. If you think that you need something rather strong then try some full spectrum. If that seems like it would be too much, then CBD isolate may be the best option for you. No matter what you decide on one thing is clear, you will not know which one really is the best one for you until you give some a shot.