Fibromyalgia is a tough condition to deal with. Those who have it, have to deal with widespread aches and pains throughout their bodies, as well as many other symptoms. This leaves many looking for anything that could help provide some relief. Luckily, there are many different resources out there for people with the condition.

Starting from the beginning: what is CBD?

Like anything you may add to your daily routine, there are questions you should ask about CBD before you start using it. The biggest one is, what even is CBD? Afterall, you should know what it is that you are taking.

CBD is a chemical compound that is classified as a cannabinoid. Cannabinoids are found in cannabis plants. They are a diverse group of compounds. So far, scientists have identified over 113 of them. Despite the high number it is likely you have only heard of a handful of them at most. CBD is one of the better known cannabinoids, but there is one that is even more famous. 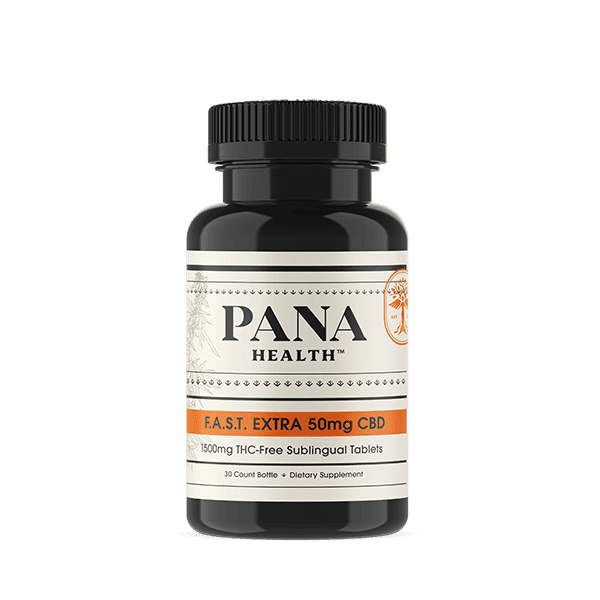 That cannabinoid is tetrahydrocannabinol (THC). THC is so well-known because it is psychoactive. That means that it creates the high that so commonly associated with cannabis plants. Because they are both cannabinoids, CBD and THC often get group together, leading many people to believe that CBD is also psychoactive. However, that is an erroneous line of thinking. CBD is not psychoactive in any way. The closest it may come to affecting your mental state, is that it may help you achieve a greater sense of calm. But it should not cause any sort of inebriation.

These differences in CBD and THC concentrations have also led to the differences in legal status between the two plants. Hemp was made federally legal in the United States in 2018. This legalization covered not just the plant, but anything made from the plant as well (like CBD extract). On the flip side, marijuana is still federally illegal. Some states have legalized it either just for medical use or in general. Either way, it is still illegal throughout most of the country.

This is just a brief overview of what exactly CBD is, but hopefully it has made you more familiar with the cannabinoid, so that we can talk about what it could offer you.

If you are reading this article it is more than likely you already know what fibromyalgia is. But to help be sure that all of our bases are covered, let’s talk about what it is.

Fibromyalgia is a disorder that causes musculoskeletal pain. It can be very difficult to deal with, creating not only discomfort throughout the body, but also effecting sleep, mood, memory. As of right now, scientists and doctors are still unsure what exactly causes the disorder. There does appear to be a genetic link, and it does sometimes appear to be triggered by infections or trauma (both physical and emotional). It is also more common in women than in men.

Normally, those with fibromyalgia describe the discomfort associated with it as an ache that lasts for over three months. However, it cannot be considered the widespread form unless it shows up in pretty much every part of the body. Some only experience it above or below the waist.

The condition also seems to have an effect on one’s ability to sleep. Even if a night’s sleep is not broken up by bouts of pain, those who have fibromyalgia still report waking up still feeling fatigued. It also appears that conditions like sleep apnea and restless leg syndrome are often associated with it.

Other symptoms tend to include things like difficulty paying attention, lapses in memory, irritable bowel syndrome, and migraines. Clearly the condition can easily make its way into almost every aspect of someone’s life.

As of right now, there is no cure for the condition. However, there are many resources and medications out there to help manage the symptoms. Sometimes those medications either do not work for someone or they are not enough. So, how could CBD help?

Does CBD mix with fibromyalgia?

Over the last couple of decades there has been a spike in the studies on what benefits CBD could offer people. These studies have looked at many different things and many have found some promising results.

There have not been many studies that have focused specifically on fibromyalgia and CBD yet. However, that does not mean that there are not any. This early study done in 2011 found that fibromyalgia patients who used cannabis reported that their symptoms were lessened.

Despite the fact that there are not many CBD studies on fibromyalgia itself, there are many that have looked at different side effects associated with the condition. For example, as we have discussed above, fibromyalgia has some very serious discomfort associated with it. This study tested CBD on the neuropathic pain experienced by some rats. They found that the CBD was greatly able to help ease the discomfort for the rats without any psychoactive effects.

Another common symptom of fibromyalgia is irritable bowel syndrome. This is an area that has been looked at pretty seriously with CBD. This study, for example, wanted to see what CBD would do with inflammation that causes irritable bowel syndrome. The researchers found that the cannabinoid was able to considerably able to reduce the inflammation, helping ease the issues associated with the condition.

While overall CBD is safe, it does not always interact well with all medications. It is best to consult with a healthcare professional before starting to use CBD.

How to take CBD

There are many options when it comes to CBD products. The extract is versatile and is easily mixed into most kinds of products. So, let’s give a brief description of some of your options, that way picking one is even easier.

This class of CBD product includes lotions, cremes, salves, and even hand sanitizers. They are basically any CBD product that you rub on your skin instead of taking orally. These products are more likely to offer you a more localized effect, as the CBD does not enter the system like it does with oral products. This means that the effect from the CBD is not likely to move much beyond where the topical is used. These products work best when they are applied often and liberally.

These are any food or drink that has been made with CBD extract. They are often found in the form of a fruit-flavored gummy, but they are also found as bread and teas. Edibles are very popular because they taste good and make controlling the amount you take easy. However, they are one of the slowest ways to take the cannabinoid. This is because the food or drink needs to digest before the CBD can enter the system and start its work.

When CBD is made into pill-like products they are usually made into things like soft gels capsules and sublingual tablets. The capsules are flexible and digest quicker than regular pills. However, they still tend to take a little while to start working. The sublingual tablets tend to be a bit quicker. These you place under your tongue and allow them to dissolve. The skin under your tongue is thin, allowing things to enter the blood stream more easily.

These are often considered the more traditional route for taking CBD. These are CBD extract mixed with a carrier oil, like palm oil. These you can take in a few different ways. One of the more popular ones is by mixing it in with food or a drink. Another good way to take it is by placing a drop directly under your tongue.

These are just broad examples of the CBD products that are available out there. There are many subcategories in each of these. Feel free to explore and figure out which one is the right CBD product for you.

There is still much research that need to be done before we can fully understand the interactions between CBD and fibromyalgia. However, the studies that have been done have shown some promising results. It may be able to offer those who struggle with this difficult condition some much need relief.

Still have questions? Want to look for some good CBD products? Feel free to explore the rest of our site. On the Panacea Life Sciences website, we have articles covering just about any CBD subject you can think of. We also have several high-quality CBD products for you to check out. If you have any comments, questions, or concerns you can contact us either through our site or by emailing us at [email protected]