Cannabidiol (CBD) has been widely celebrated for its incredible healing effects over the past few decades. As it’s become increasingly popular in not only America but the rest of the world as well, it’s important for consumers to learn about CBD in greater detail to become aware of its medical advantages.

CBD products have been commonly offered to the Health and Wellness marketplace in processed forms, through oils, capsules, and tablets. However, unaltered CBD flowers have maintained a steady interest among Americans. CBD flowers are the most natural, unprocessed form of CBD that someone may take that preserves many of the aromatic chemical compounds found in the Hemp plant.

What Are CBD Flowers?

You may know a bit about CBD, but perhaps you’re wondering what CBD flowers are. Well, CBD flowers, otherwise known as Hemp flowers, describe a part of the female Hemp plant and is commonly called bud, or Hemp bud. 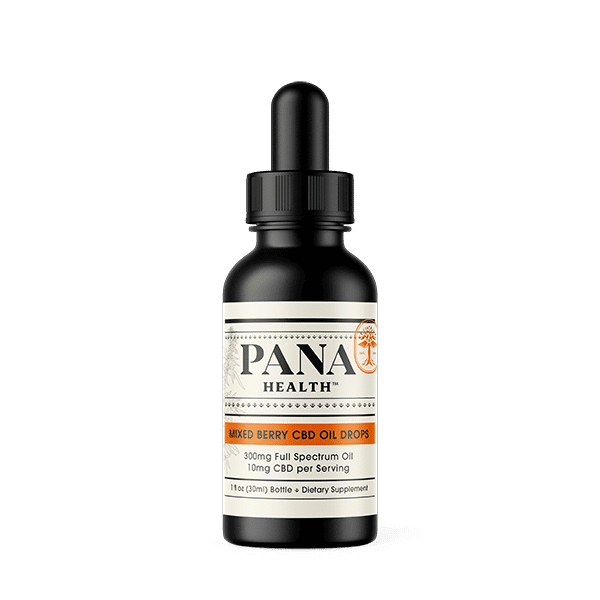 When the Hemp plant reaches its final blooming (or flowering) stage, the terpenes that provide the characteristic Hemp odor are secreted by the Hemp flower and through the leaves. Simultaneously, the plant is producing the beneficial phytocannabinoids, such as CBD. Typically, the purpose of terpenes, and to some degree the resin, is to attract the pollen carriers, such as bees, so that the female flower can be pollenated, resulting in seed that ensure the reproduction of the species. However, when it comes to the culmination of the medical Hemp plant, various cannabinoids and resins are extracted to create CBD products.

CBD flowers are popular since they contain a myriad of chemical compounds that work in a synergistic manner for those seeking relief from a variety of medical symptoms. Because of this, the CBD industry has crafted a variety of products to help aid those in need.

CBD flowers are derived from industrial Hemp plants and contain a number of beneficial terpenes and cannabinoids that typically aren’t found within CBD oil. Those who prefer CBD flowers, or CBD buds, observe they are possibly more effective in remedying certain ailments since they contain a greater variety of the Hemp compounds to create longer-lasting effects.

On the other hand, CBD oils have to go through a CO2, ethanol or hydrocarbon extraction process. CBD oils will be refined and purified to remove flavonoids, chlorophylls, waxes, terpenes, and other chemical compounds found in the Hemp plant. But what exactly is the difference between hemp oil and CBD oil?

At this point, the CBD concentrate may be turned into a variety of concentrated CBD products, including CBD oils, CBD capsules or pills, CBD wax called shatter or budder, and even CBD edibles like CBD gummies.

Many CBD users prefer the concentrated version of CBD since it’s much more purified, while others prefer using unprocessed CBD flowers to help relieve them medicinally.

It’s important to make a distinction between CBD and THC. While THC is known for its mind-altering, psychoactive effects, CBD is not psychoactive. Unlike THC, CBD can’t get you “high.” This is one of the biggest misconceptions about CBD.

Where CBD-Rich Hemp is Grown

The Hemp plant originated in Central Asia, reaching as far back to 2737 BC. Chinese Emperor, Sheng Nung drank Cannabis tea for malaria, arthritis, memory, and gout. Hemp was also used to cultivate the fiber for textile use.

CBD-rich Hemp was then imported to the Mediterranean, Europe, Chile, and North America, where it has thrived.

While Hemp grows in most environments, it won’t do well in extremely high mountain regions
or extreme deserts. Hemp typically grows best in mild climates with humid atmospheres, and 25-30 inches of rainfall each year. It thrives with good soil moisture for effective seed germination. Colorado is the leading U.S. state with 380+ licensed growers according to Marijuana Business Daily despite it having opposite ideal weather to grow Hemp. Multiple indoor farms have been created and have over 2 million square feet in this state alone. Due to its accessibility in Colorado, this area is also a leader in Hemp biotech, research and innovation.

The flowering period is the stage in which the Cannabis plant begins to grow its aromatic flowers, or buds as you may have guessed.

At this stage, the Cannabis plant will have gone through most of its growth, though it will continue to grow some after beginning the flowering stage. In this stage, the Hemp plant begins to shift the majority of its energy into producing big, resinous CBD flowers. The flowering phase lasts around 7-9 weeks on average, though some strains of Hemp may take longer.

While the Hemp plant rests in total darkness, it begins to produce florigen, a hormone that controls the beginning of the flowering period. This flowering phase will naturally occur when the Hemp plant begins to receive fewer than 12 hours of sunlight each day as summer begins to shorten. With indoor plant growth, the indoor light cycle will be manually shortened to activate this stage.

As the vegetative growth stage comes to an end, the Hemp plant will have small budlets formed. Then, when the flowering stage begins, the Cannabis plant will begin making physical changes. The first pistils will begin emerging from the female flowers.

As weeks go by, the budlets will begin to get thicker and denser. You won’t see many (if any) trichomes yet since the glands won’t be developed at this point. Trichomes are the fuzzy hair looking components you see on developed Cannabis plants.

After a few weeks into the flowering phase, you’ll begin to notice some small, dusty, hairy looking things on the pistils and the surrounding leaves. The trichomes finally make their appearance at this point. They won’t be fully formed yet, which means at this stage, the plant contains a much lower amount of CBD or THC.

For the next few weeks, the CBD buds will continue growing to produce CBD and THC. The trichomes will then complete their growth stage and will begin forming a ball shape on the end, which when looked at through a microscope, will turn milky then golden brown.

CBD-rich Hemp flowers will then be harvested. Hemp must contain less than 0.3% THC at harvest to be considered legal. Hopefully, new USDA rules will be passed that will allow flower to contain up to .9%.

Hemp seeds have even become one of the most popular seeds used in bird feed mix.

Will CBD Flowers Get You High?

Since highest CBD strains of industrial Hemp plants naturally have very low levels of THC compared to other strains of Cannabis plants, they won’t get you high. CBD-rich Hemp buds don’t have the same effect as other THC-rich Cannabis plants, so you won’t feel a mind-altering psychoactive effect like typical recreational Marijuana will produce.

CBD flowers derived from the Hemp plant are legal in the United States as long as they contain less than 0.3% THC in dry weight.

When the 2018 Farm Bill was passed, Hemp was federally legalized in the U.S. as an agricultural crop, making Hemp flowers legal as well.

How Do You Use CBD Flowers?

CBD flowers, or CBD buds, have quickly grown in popularity as a substitute for THC buds or Marijuana flowers. Since CBD buds contain less than 0.3% THC, they are legal in most western countries, including the US, the UK, and nearly all European countries.

CBD flowers look nearly identical to typical Marijuana buds in terms of their appearance and aroma. This is because CBD flowers contain almost all of the same flavonoids, terpenes, and other chemical compounds as Marijuana buds, just with much lower THC levels.

You may use CBD flowers the same way that you would use Marijuana buds. The most common ways of consuming CBD flowers at home include using them as an ingredient in cooking or baking recipes.

While the below methods are not recommended as the most effective way to consume CBD, here each approach is broken down into understanding:

Vaporizing is one of the most common methods of using refined CBD to aid in medical relief. Inhaling the vapor of CBD, along with terpenes, flavonoids, and other cannabinoids allow for easy absorption from the lungs into the bloodstream. The rapid delivery of CBD to the bloodstream is appealing to many users of this method to provide relief from pain and inflammation
Smoking

By far, the most common method of consuming CBD flowers is through smoking, which provides rapid delivery of the CBD, terpenes and other cannabinoids into the bloodstream, similar to vaping. However, unlike vaping, smoking doesn’t simply heat up the CBD buds.

While smoking CBD buds may not be the safest way to deliver CBD into the user’s bloodstream, it may be useful in the short-term in some cases. Smoking CBD buds may provide an effective path to quit smoking cigarettes or THC-rich Marijuana in a non-addictive manner.

One of the most popular forms of consuming CBD flowers is by cooking or baking it. CBD flowers may be easily added as an ingredient to a wide variety of recipes. Some people like using CBD oil for cooking since it is easier to mix into recipes, although others prefer CBD flowers as it adds a unique, herbal taste, much like adding a natural seasoning or spice.

One of the most common methods of consumption is by making CBD tea. It may be used the same as loose-leaf tea either on its own or by adding it to another tasty tea-leaf to create a soothing herbal tea.

Where Do You Buy CBD Flowers

While CBD flowers are technically legal in the States, they are a bit harder to come by. Since CBD flowers hold a very similar resemblance to Marijuana in both scent and appearance, it has been misunderstood and misidentified when selling and distributing.

In terms of the overall CBD market, CBD isolates and CBD soft gels are much more popular, while CBD flowers are a much smaller market, meaning the buyer may have more difficulty finding them in the marketplace.

You may find CBD flowers for sale at Marijuana dispensaries, though these are only found in a handful of states. The easiest way to buy CBD flowers is through a trusted online retailer since they aren’t available locally in most American states.

Before purchasing any CBD flowers, you should always ensure they have been properly tested. Make sure you only choose a company that has had accredited, third-party lab testing done to verify you are purchasing a high-quality CBD bud. These tests will verify both the CBD and THC content, as well as the terpene profile. Plus, it will even show if there is any presence of heavy metals, pesticides, or other contaminants.

CBD flowers are quickly becoming more popular as the whole CBD market increases over time. Since CBD flowers contain high levels of Cannabidiol, they may help provide a number of health benefits. However, CBD flowers aren’t right for everyone.

If you want the most natural form of CBD, then CBD flowers might be right for you. However, using CBD flowers means consuming the terpenes, flavonoids, and possibly even low levels of THC.

If you aren’t comfortable with the extra components or the methods to consume CBD flowers, then it may be best you stick to CBD isolate in the form of CBD oil, capsules, pills, or edibles. CBD isolate is >99% Cannabidiol and doesn’t contain any THC, making it the purest form of CBD. Many products on the market are formulated with CBD Isolate. Just look on the label if this is your preferred form of CBD.