Have you ever wondered what other alternatives there are? There’s nothing wrong with most traditional disinfecting products, but what about something a little bit less traditional?

With cannabidiol’s (CBD) rise in popularity, there has been an upswing in products made using CBD. You can find something to fit almost any need. But what about disinfecting products? Are CBD hand sanitizers and disinfecting wipes worth it? What can CBD even do against bacteria and other microorganisms? 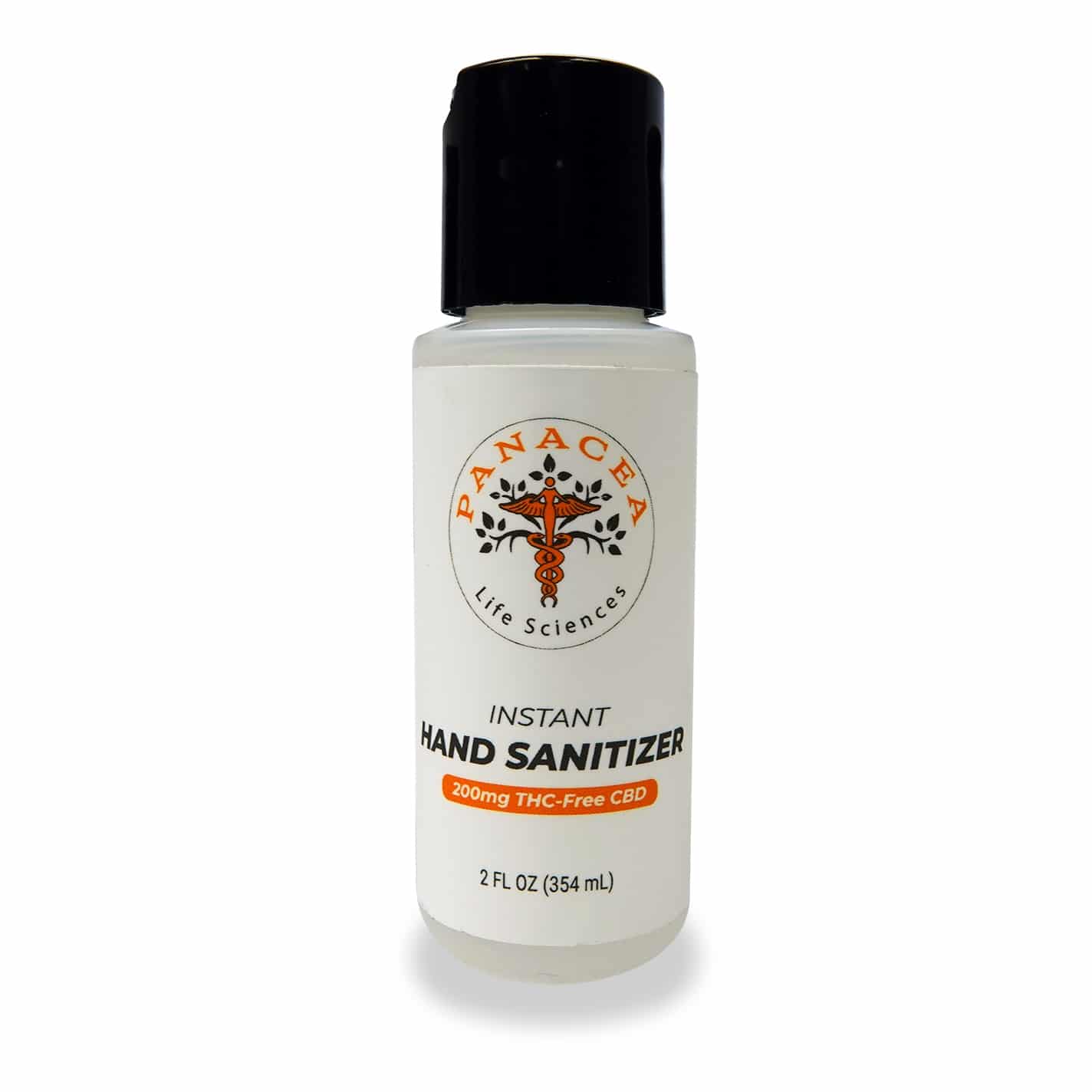 What does antiseptic even mean?

Before we get into the nitty-gritty details, let’s answer some basic questions. Namely, what is an antiseptic?

To give it a simple definition, antiseptic is something that slows the growth of harmful bacteria and other potentially infectious microorganisms. Some examples of antiseptics include hydrogen peroxide, iodine, and alcohol.

You may be wondering which is better. Well, they are both good. Antibacterial products kill the bacteria, but they only kill bacteria. They do not do anything to stop fungi and other pathogens that may cause infection. Antiseptic does not really kill anything, but stemming the growth or microorganisms is very beneficial. It can allow the immune system to catch up and hopefully eradicate any infection that is trying to take root. The one that may work best just depends on the reason you are using it.

So, what does all of this have to do with CBD?

Before we can answer that question, we need to talk about what CBD actually is.

The name CBD gets thrown around a lot. If you do a quick Google search it almost feels like people are saying that it can cure anything and be found in any form. However, that is not quite true. Let’s get into what about CBD actually is true.

CBD is just one of over 113 cannabinoids, a type of chemical compound that is found in plants that are members of the Cannabis family. These plants consist mainly of hemp and marijuana. Each cannabinoid has a number of different functions. Marijuana plants also have over 200 terpenes, the synthetic precursors of cannabinoids that give Cannabis plants their singular taste and smell.

The fact that these cannabinoids can be so different means that they can have different effects on people. One of the more well-known cannabinoids, tetrahydrocannabinol (usually called THC), has a psychoactive effect on most animals, especially humans. In fact, THC is what creates the high that is so commonly thought of in conjunction with Cannabis.

THC is quite different from CBD. The main difference between the two of them is how they affect people. As mentioned before, THC does have psychoactive effects. It causes a high that can impact things like motor functions and memory. CBD on the other hand does not seem to have any psychoactive effects. It may give the user a greater sense of calm, but that appears to be the closest it gets to any sort of high.

CBD is usually extracted from hemp rather than marijuana. This is for a number of legal reasons, but also that hemp is much higher in CBD content and lower in THC content. This makes it easier for CBD manufacturers to get the CBD and to remain compliant with Cannabis laws. After all, Cannabis and Cannabis-derived products are only legal in all 50 of the United States as long as the Cannabis plant is hemp and not marijuana. The two are defined by how much THC there is in them. Hemp is only hemp as long as it has less than 0.3% THC.

CBD can be found in a number of different products. It is easy to use and very accessible when it is in edible form. These edibles can be anything from candy to pasta. CBD is also often found in lotions, crèmes, and other topicals. These are good for aiding with something a bit more localized, as the CBD often does not travel beyond where lotion has been used. There are also CBD capsules and tablets. They may be helpful for those who are used to taking vitamins. The CBD capsules are easily added to that routine. Many people prefer the more traditional route of taking CBD as a tincture or an oil. These can be taken by mixing it in with a food or drink or by dropping some directly under your tongue.

Because of its origins, there are many people who are worried about using CBD. They question the safety of a product that comes from Cannabis. However, many studies, like this one, have found few adverse effects from CBD use. There are some side effects, but they usually consist of things like fatigue and diarrhea. These are not dire side effects; however, they can be unpleasant. Many people who use CBD keep these at bay by limiting how much they take. Overall, CBD does appear to be safe.

There are three main forms of CBD used to produce a CBD product. They are full-spectrum, broad-spectrum and CBD isolate. Their titles are in reference to what other cannabinoids and terpenes are in the CBD extract. Full-spectrum has the most. It involves very little isolating, leaving the extract with other cannabinoids like THC and terpenes. People often like this kind of CBD as it has the potential to provide the entourage effect, which is when compounds build on each other to provide a stronger reaction. Broad-spectrum is similar as it has many other cannabinoids except THC. This is appealing to many, as it may still give the user the entourage effect, but it does it without any THC. The last one, CBD isolate, is just CBD. No terpenes, no THC, no other cannabinoids. This is a good option for those who are looking for a pure CBD experience.

While CBD is not something to be afraid of, it is also something that should be kept out of reach of children and pets. Most CBD products are made with human adults in mind. While there are CBD products that are made specifically for pets and kids, they are still something you do not what to take too much of. Some CBD products look like normal food or treats. It may be easy to confuse them, so the safest thing to do is to keep them completely separate from any pet or human treats they may be confused with.

CBD is versatile in its ability to be taken in just about any form and it also appears to be safe for use. The question now is, why do people take it? Research into what properties and abilities CBD has is still preliminary, but a lot is being learned. For example, one study has found that CBD may be able to help with glaucoma. Another study found that CBD was helpful in reducing acute inflammation in rats. Several studies, like this one, have reported CBD to be a way of stemming sebum production, thus helping keep down acne.

These are only a glimpse of how much research is going into CBD and how much scientists are learning about it. Some of this research is suggesting that CBD could be a way to kill or stem the growth of bacteria. Let’s take a closer look at that.

How antiseptic is CBD?

In 2008 a group of researchers published a study looking at the antibacterial properties of a number of different cannabinoids, CBD among them. They specifically wanted to see how the cannabinoids stood up to antibiotic resistant strain of Staphylococcus aureus. Afterall, if traditional antibiotics have difficulty taking it out, why not try to find a different route, a different bacteria fighter?

One odd fact to come out of this study is that the researchers have yet to pin down how exactly the cannabinoids had the effect that they did on the bacteria. Most disinfectants follow a few different routes in killing or slowing microbial growth. The researchers of this study did not identify which of those techniques the cannabinoids may use. Instead, they suggest that there is likely another method that the compounds use.

Why is it such a big deal if CBD has antiseptic properties? Why should anyone care? Well, this is exciting because it opens a whole new world of possibilities for CBD products.

Many companies have already jumped on board with this. There are several CBD manufactures that are selling CBD hand sanitizers. These can come in a gel or a spray. They usually have some ethyl alcohol (to help with the fight against germs) and a soothing component like aloe vera (to help moisturize as well as disinfect). Many of them also have pleasant scents added to them, like lemon and lavender. The CBD in these products tend to be full-spectrum or broad-spectrum, but it may be possible to find some hand sanitizer made with CBD isolate.

While it does appear that CBD may have some antiseptic properties, it is important to remember this research is still preliminary. It does not mean that you can disinfect yourself or any surfaces with CBD oil alone. There are CBD disinfecting products out there, but those have other ingredients in them to help with the stemming and killing of microorganisms. These products are designed to kill bacteria. Basic CBD products are not.

The next time you are looking for a new hand sanitizer or disinfecting wipe, it may be worth your time to look into what CBD has to offer. If you are interested, check out your local stores. You may surprise yourself and find some great CBD cleaning products. Of course, it is always easy to find products like these on the internet with a quick search. Try it out. You may just find your new favorite disinfecting product.